Stagecraft as it relates to Musicians

The true definition of stagecraft is the technical aspects of theatrical production, which include scenic design, stage machinery, lighting, sound, physical acting, costume design, and makeup. As most of you will have little to no say in the design, build and setup of the stage(s) you'll perform on, there are key areas that need to be addressed to create a more powerful performance, while keeping the visual aspects in alignment. As it pertains to acting, musicians are generally judged on visual performance, as much as their audio & playing abilities.

Think about it, you visit a live show because you heard the band was really good. At the show you love the music they are playing, however your eyes drift off the stage and generally focus on other areas in the club/venue. Why, because the musicians sound good but they're just not aesthetically pleasing. Is this because of their appearance, make-up or their inability to engage the crowd and keeping them focused on the performance? All of these areas are key to a great show!

Let Us walk you through these areas and explain to you the difference between a decent show and a great one. From stage visuals to player outfits/looks and the physical motions performed by players to keep the audience engaged! You're on stage to perform, so in essence you are an actor and utilizing physical movement on stage creates a more appealing performance.

You will learn all of these aspects from professional musicians that have been performing & touring for nearly 30 years! From the smallest of bars to stages with thousands of spectators, we offer our years of experience with what does and doesn't work at a multitude of locations. Learn the importance of brand recognition, promotional placements on and off stage and a host of options to help you keep your fans engaged during performances!

Even those that need help designing their stage with props, designs, layouts and more can benefit from our experience!

So Talk To Us and see what we can offer! 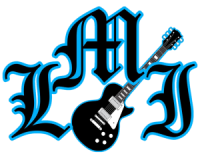