LMI can Record and Engineer your Music

We work with Artists, Musicians and others to Record the individual tracks needed to bring your song to the final stage and completion through production. But, we first need to record everything and bring it to the engineering stage. We can do this in a multitude of ways, but the end processes are generally the same.

A typical session begins by preparing the room: choosing and positioning microphones, laying cables and setting up digital equipment and programs to record the individual tracks. Although live ensemble recordings are occasionally made in studio, the bulk of music recording is done into a sound board outfitted with as many as 96 channels, creating the needed tracks. Each Vocalist, Guitar, Bass and Drum Tracks can be recorded individually and pieced together later as well.

The engineer records each vocal or instrument part separately, and often repeatedly, creating a number of tracks to begin working with in our studio software to mix the sounds together and create a baseline of the song. 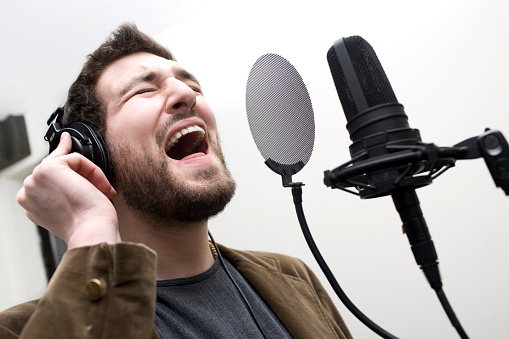 Once all or most of the components (or tracks) of the song have been recorded, the recording engineer edits and weaves them together, taking input from the artist and band mates. Often, this means cutting and splicing bits from different takes, manipulating tracks' tone, intensity, timing and adding effects as needed. As this process can be lengthy, depending on the amount of tracks that are being interweaved, engineering is an art all into itself. While modern recording software enables musicians to make their own at home recordings, these rarely ever compare to the quality of work created by a well-trained recording engineer. Not to mention the amount of background noise, echos and other issues found while recording at home.